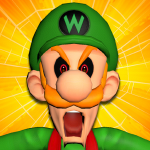 "Undertale is better."
―Weegeetnik on how cancerous the FNAF fandom is.

My name is Romain Wattrelot, best known as Weegeetnik, I am a french Gmoder, TF2 player, video-maker and drawer who is on YouTube, deviantART, Steam, the TF2FreakShow wiki (Thank you, Captain Obvious), inter alia.

My TF2sona is a BLU Scout, wearing the Front Runner with the Stylin' style (LUL :3) and painted in Mann Co. Orange, the Op Specs, and the RED Big Smoke Sneakers from the Scout Pilgrim Set.

I may also wear the Courier's Coat and black painted Flip-Flops.

My TF2sona was intended to be a modified Engineer, but due to technical reasons, I eventually choose my TF2sona to look like more what I am in real life.

Retrieved from "https://tf2freakshow.fandom.com/wiki/User:Weegeetnik?oldid=35691"
Community content is available under CC-BY-SA unless otherwise noted.